As her team prepares to present their startup, VR Labs, to the Generation Unlimited panel, 16-year-old Hasmik Baghdasaryan appears calm and collected. She looks up from her notes with the slightest hint of a nervous smile. Her brow is furrowed in concentration, but her eyes are bright with anticipation and excitement.

Hasmik and her teammates – Karen Papyan (17), Lucine Khachatryan (18), Satenik Harutyunyan (18), and Ruben Kerobyan (18) – have been working on VR Labs since they joined their school’s Green Chemistry Club at the beginning of the school year. “The point of the club,” says Hasmik, “is to pick an issue in the world that’s connected to chemistry and try to solve it. Our group chose education.” She and her teammates attend Ayb, a private school located on the outskirts of the Armenian capital of Yerevan, which has a state-of-the-art chemistry lab. “My previous school didn’t have anything like this,” explains Hasmik. “In fact, most schools in the villages and many in Yerevan just don’t have the resources for even a basic lab.” 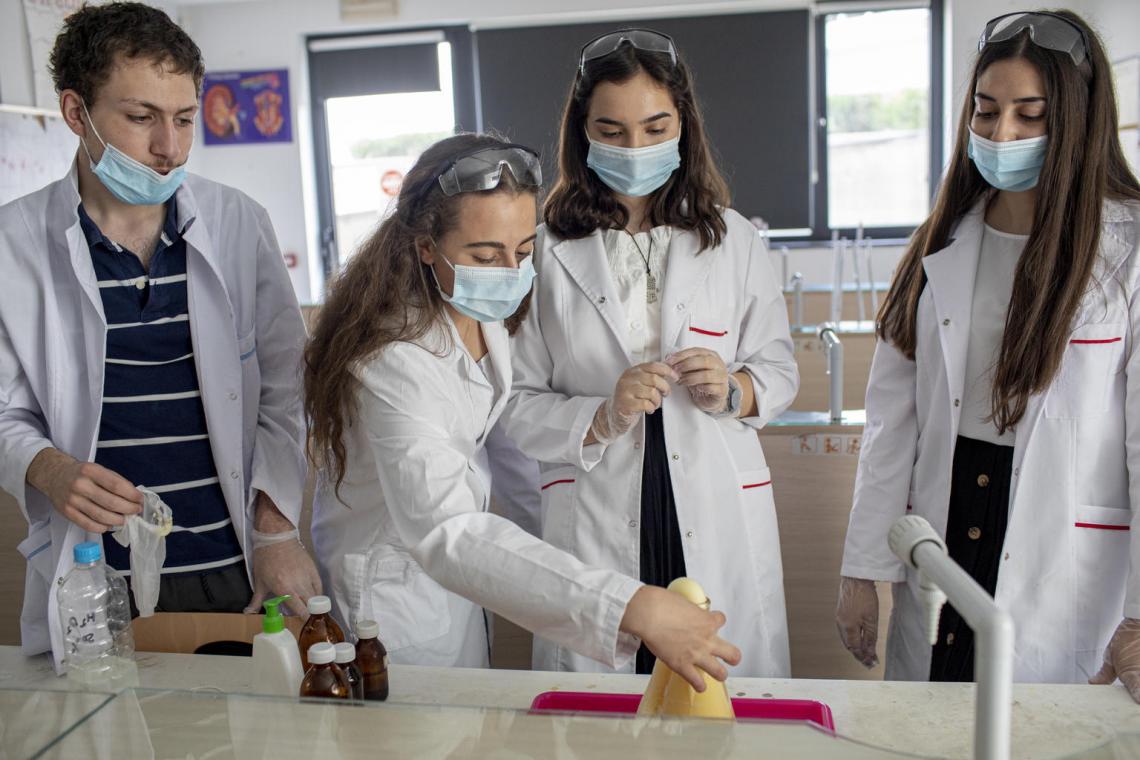 Their team’s proposed solution? High school chemistry curriculum – experiments and all – delivered via virtual reality headsets. “We explored a few different options as substitutes for lab experiments,” chimes in team member Satenik Harutyunyan, “like posting videos on social media, organizing challenges that students can do at home, and even a mobile chemistry lab!” In the end, they found virtual reality to be the most cost-effective, instructional and compelling way forward. Hasmik adds: “It’s one thing to watch an experiment being done by your teacher, which is the way it works in most schools. It’s another thing to do it yourself.”

VR Labs is one of 5 winners of the Generation Unlimited (GenU) Youth Challenge in Armenia. Now, several months after receiving the grant and working with their GenU mentors, they are presenting the progress they have made. The presentation goes without a hitch, and Hasmik and the VR Labs team answer the panel’s questions about their research process, challenges, timeline and next steps with poise and confidence

Hasmik is perhaps the most soft-spoken of the group, but her contributions are thoughtful, commanding the attention of her teammates and the panelists. She speaks excitedly about how they need to start organizing meetings with the Ministry of Education and Science once their first prototype is ready at the end of August. When asked who will coordinate their meetings with the ministry, Hasmik’s eyes light up. “We will, of course!” she says with a nervous giggle, then goes on to explain, “Our mentors have given us guidance on how to pitch our project, how to manage our time, how to think about the business model, but it's on us to make it happen." 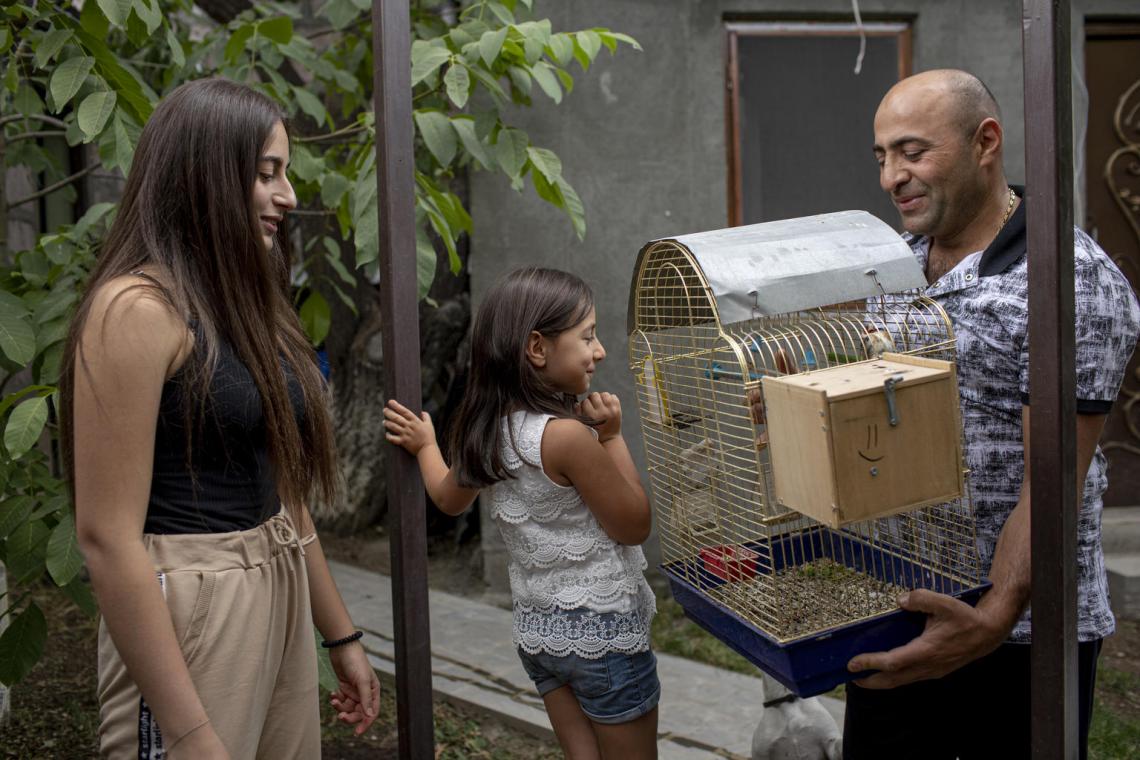 Hasmik lives in a neatly kept house with a colorful garden in the suburbs of Yerevan with her parents, Arsen and Lucine, 13-year-old brother, Arman, five-year-old sister, Maria, and their dog, Daisy. She is in her element tending to the garden and playing with her sister. Her role model is her father, Arsen. “He’s self-made,” she says, beaming with pride as she mentions him. “He’s accomplished so much and he always strives to be better, do better. He’s kind, and he thinks of others.”

The admiration, it seems, is mutual. “We're proud of her, especially that her team won this grant and is pursuing their project,” says Arsen with a smile. “But in the end, the outcome of this project is not what matters. It's the skills she's learning, the confidence she's gaining. Where she chooses to go from here is up to her. Whatever she chooses, we will support her."

Hasmik hopes to be a lawyer when she grows up, but she also has a deep appreciation of the sciences.

Hasmik has noticed that in high school, girls tend to gravitate towards the humanities while boys are more interested in the sciences. Her physics class, for example, had 14 boys and two girls in it. “For a time, especially when I was struggling with the subject matter, I began to wonder if boys really are just naturally better at it,” she confesses, but quickly shrugs it off: “Of course, it’s not true.”

She hopes that VR Labs can play a role in making science accessible to everyone, regardless of geographic location, age, gender, or other circumstances, but, she says, when it comes to empowering girls in STEM, it has to start from home. “Really,” she reflects looking out onto the garden where her siblings are playing, “it starts from a young age. It’s in the way I interact with my little sister, the values and ideas I pass down to her through what I say and what I do.”